A cannabis concentrate with a soft, solid consistency similar to a stick of butter. Budder (also known as Badder) is one of many concentrate textures and appears in Rosin and many solvent-based extractions. Not all budder looks the same, and the appearance depends on the starting material and methods of extraction. Some budder is partly sticky, leaning towards the consistency of Sauce, while others look more like Crumble with a bumpier texture.

When was it first available to consumers?

Budder emerged onto the scene in the mid-’90s after its creation by a Canadian concentrate maker known as BudderKing. In 2003, BudderKing approached the founder of Vancouver’s Da Kine Smoke and Beverage Shop, Don Briere, with the budder extract and began distributing samples of budder from Da Kine called “Butter Hoots.”

The pair distributed Butter Hoots until the Da Kine shop was raided in 2004. After police shut down Da Kine, the demand for budder grew. Shortly after, extract artists began whipping and selling branded wholesale batches of budder concentrates.

BudderKing’s founder decided it was time to patent the name and went to the Canadian Trademark office. They denied his request to trademark the word “butter” until a family member suggested calling the product “budder.” He initially did not care to replace the traditional spelling of the word but eventually gave in. The name and product took off. From dispensary to dispensary, everyone knew the BudderKing name.

How to store Budder

Without proper storage, budder will start to darken and harden over time. To ensure a long and stable shelf life, the concentrate should be stored in an air- and light-proof container, like a silicone or glass jar, in a cool environment. Moisture, oxygen, light, and storing the budder in warmer temperatures will speed up the degradation process and could alter the overall effects it produces. The aroma, color, and potency may also be affected.

How to consume Budder

Dabbing is the most common way to consume these concentrates. Using a dab tool with a flat tip, rather than a dabber with a scoop-style tip, allows consumers to pick up the budder and keep it tacked on the tool. When the flat tip dab tool makes contact with the heated nail, the badder melts and will instantly vaporize. The user then places a cap over the nail to inhale the concentrate vapor. Badder is most often used with handheld dabbers and vape pens, and can also be sprinkled on a bowl or in a blunt.

Only logged in customers who have purchased this product may leave a review.

Please log in or register to get your referral link.

For each friend you invite, we will send you a coupon code worth $25 that you can use to purchase or get a discount on any product on our site. Get started now, by sharing your referral link with your friends. 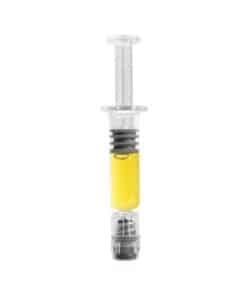